The last time I wrote a blog post for Chelsea’s “Clothe Yourself With” series was in April 2015. I was a sophomore in college and had just returned from my first trip to New York City. I had dreamed of visiting the city for years before this trip.

Well, for the past 5 months, I’ve been back in Georgia due to COVID-19.

And ever since March, when asked about how I feel, I mostly always say how it feels as if we are living in limbo—just waiting for something to happen. Whether that be change, healing, restoration or just some tiny breakthrough to give slight reassurance that life will get better.

On a relatively smaller scale, all of this waiting around has brought to my mind a time in my life several years ago when all I could do is wait.

Having the dream of moving to NYC for so long, when God finally cracked open that door for me, I ran full speed into this door and swung it open as wide as possible. I moved to the city in 2017 to intern for a church for just 3 months… then, I never left. But I was hitting walls with the job search and feeling confused as to why God would open a door just to then shut it, I felt like maybe I had made a mistake. Maybe this dream I had wasn’t actually in the cards for me.

They say you aren’t a real New Yorker until you’ve cried on the subway… well, that day, I cried.

In that moment, I didn’t fully grasp the way God works in seasons. I had heard the term before, but I still tended to feel worried when things didn’t go as planned. As if when things went one way, there was no hope of it ever changing. I didn’t yet grasp that the struggles we face typically only happen in seasons. Some seasons last longer than others, but there’s always hope of change.

I held my face in my hands trying my best to hide the tears spilling down my face on a jam-packed A-train. I had a worship music playlist turned all the way up in my ear buds in an attempt to drown out the high-pitched squeal of the train and the buzz of the other passengers chatting around me.

Like the frost on a rose, winter comes for us all. Oh, how nature acquaints us with the nature of patience. Like a seed in the snow, I’ve been buried to grow—for Your promise is loyal from seed to sequoia… (“Seasons,” Hillsong Worship)

It seemed in that moment, I understood.

I had waited even longer just for the chance to experience what God had already brought to fruition. I was already halfway there. What part of the story so far gave me any inclination that it was over? He was simply acquainting me with what it felt like to be a seed in the snow waiting with anticipation for the spring that would follow—where it’s precious, fragile bud could peek out from beneath the surface of the frozen ground, and finally, face the sunshine and blossom. The seed had the rest of its life to look forward to. It wasn’t giving up simply because the snow hadn’t yet melted and the weather had yet to turn warm.

The song continued to break through the chaos around me on the train that day:

Though the winter is long, even richer the harvest it brings. Though my waiting prolongs even greater, your promise for me like a seed. I believe that my season will come…

Shortly after this moment, things fell into place. Spring did come. Just like He promised.

I went on to have my fair share of cries on the subway, and on the street, and also on a park bench, and once even in an H&M store. But, I’ve also experienced plenty of moments where I felt just like that flower—soaking up every ounce of sunlight, thriving, growing, learning, feeling alive and blessed.

Now, sitting here in Georgia, my heart still longing to be back in the city where God spoke to me the loudest and made a way for me grow. I feel, once again, in a “winter.” Wondering, Will spring come?

The waiting seems to be prolonged daily. No certain answers. No true understanding of the virus that has plagued the world. Anxious emotions still fill the air at every public place. Fear of the unknown has run rampant through our minds. Exhaustion, grief, isolation and hopelessness linger around every corner. Everyone is going through it. We’re all still waiting—with anticipation—for the change that inevitably will come. It will come, won’t it?

While unanswerable questions about the future taunt us, all we can do is exactly what I forced my worrisome mind to do that day on the A-train. Instead of searching for an answer that we could never find, ask another question: What part of the story so far has given me any inclination that it’s over?

If you can bring to mind one blessing you’ve received in the middle of these crisis months, your story is not over.

Whether you’re exhausted from working double duty as a mom and teacher, or you’re feeling isolated from working from home alone, or maybe you’ve lost a loved one and your heart is broken to pieces, or maybe you’re just at your breaking point and there’s no longer light at the end of your tunnel.

As the waiting prolongs, the richer the harvest it will bring.

The rest of the song says:

I can see the promise, I can see the future. You’re the God of seasons, and I’m just in the winter. If all I know of harvest is that it’s worth my patience, then if You’re not done working, God, I’m not done waiting…

This limbo—this “winter”—that we’re all living in is not lost on God. He knew that there would be a reorientation of all of our lives during this season. He gave each of us this time to wait, to anticipate, to re-focus, to acquaint us with a nature of patience.

I’m constantly having to remind myself of this too. I don’t think patience is anyone’s favorite virtue. But I believe in its significance. I believe in the transforming power of the mending, wielding, twisting, tugging that takes place during the bitter cold of the “winter.” It’s uncomfortable, it’s hard, it hurts, it might even leave you frostbitten at times. But when the sun peers out from behind the clouds, once spring has sprung, after your heart thaws out, you’ll see that His promises remain.

Keep on keepin’ on, your breakthrough is coming. Spring is on the horizon. 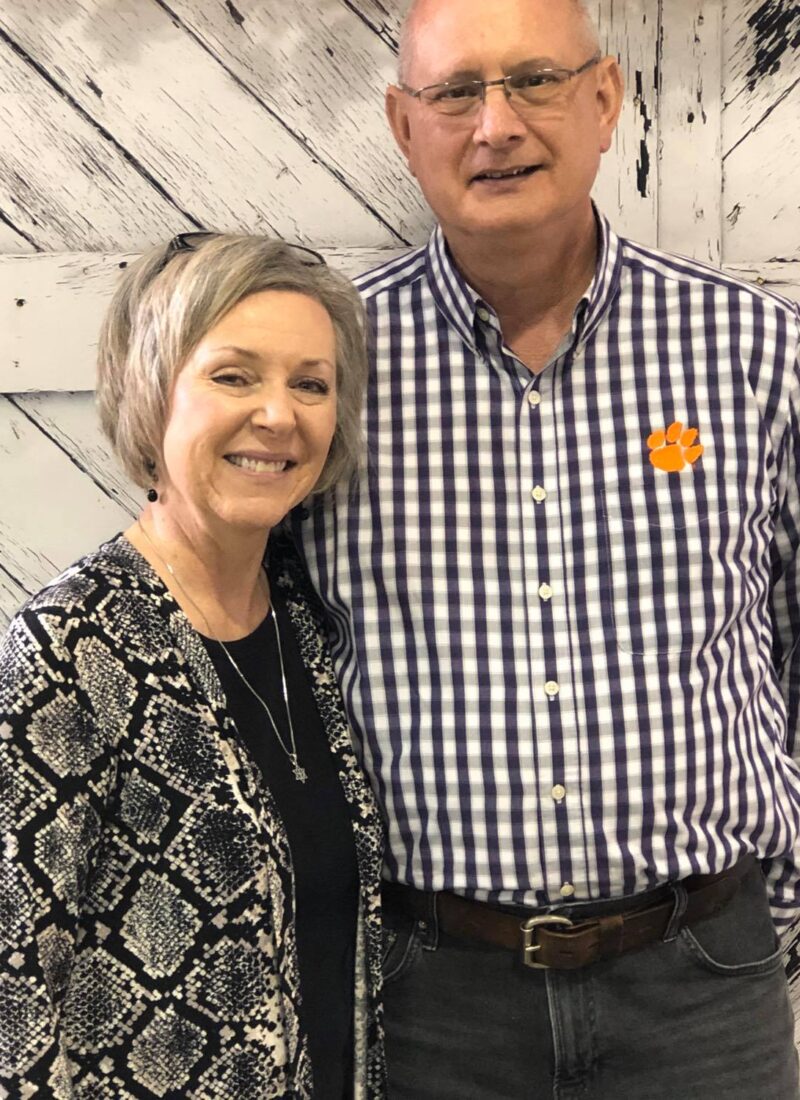 Clothe Yourself With: Prayer 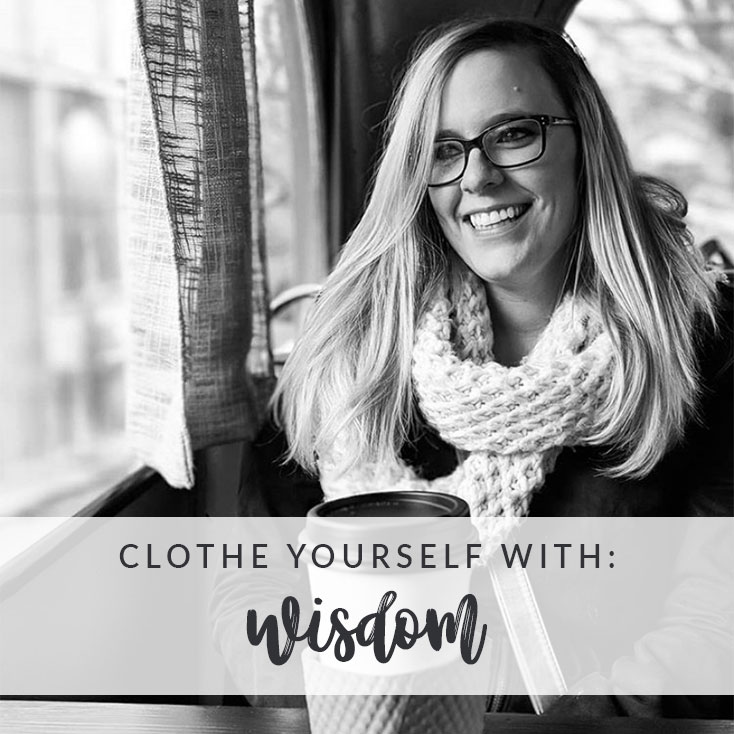 Clothe Yourself With Wisdom: Christine 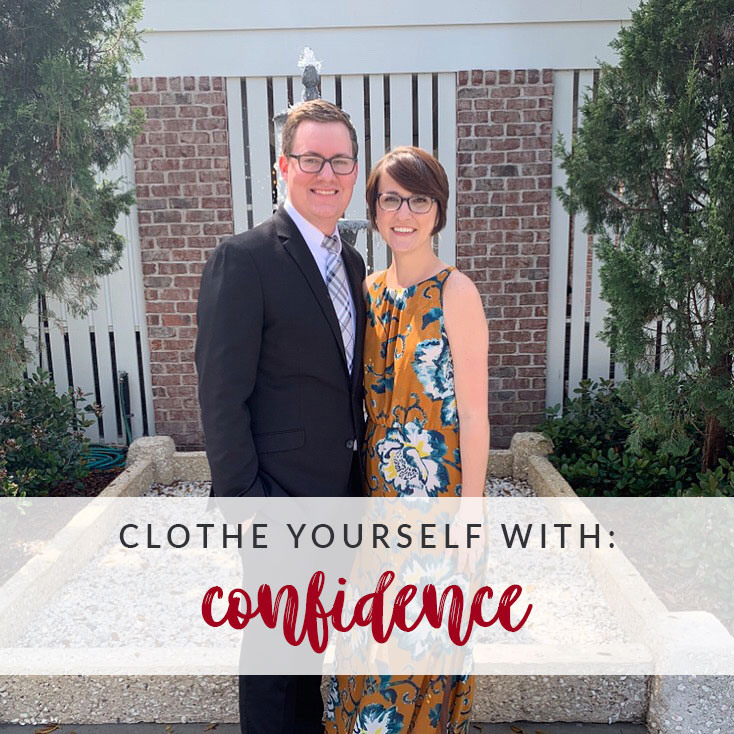 Clothe Yourself With Confidence: Macie 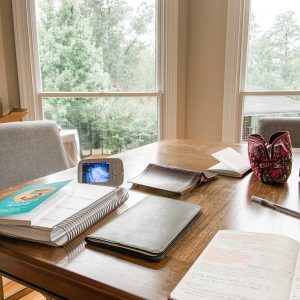 Thoughts after one month off social media: crowding and inviting